Y and Z in Recruitment: Generations

As we walked around at Personal Hungary HR exhibition and sneaked a peek at the presentations, it became crystal clear that the job market presence of Generation Y and Z is one of the most urgent matters for HR experts. Among the many lectures, Dr Dolli Mester’s presentation was particularly engaging. She was talking about how to synchronize the needs of different generations at a work environment and what kind of conflicts a HR professional faces in these situations.
​
​Parts of the lecture reinforced our belief that addressing challenges that come prior to someone joining a given workforce is as significant as the HR management that happens after. Inspired, we decided to devote a few articles to the process that paves the way to team-integration: recruitment. We discuss questions including why we need to focus on the recruitment of generations Y and Z. What kind of generation-specific aspects need to be addressed if we want to gain the attention of the new generations? What kind of tools are available to help us?

To lay the foundation for this discussion, we introduce the four generations that are currently present at the job market.

From Baby Boom to Z

Members of each generation grew up in different sociocultural and technological environment; they were affected by diverse historic events in critical developmental phases; they were educated to separate norms; they shared exposure to certain impulses within their generation. So, in addition to the unique attributes of individuals there may be values and habits that appear common to a given generation.

Members of each generation grew up in different sociocultural and technological environment; they were affected by diverse historic events in critical developmental phases; they were educated to separate norms; they shared exposure to certain impulses within their generation. So, in addition to the unique attributes of individuals there may be values and habits that appear common to a given generation.

They are used to classic hierarchy at work, they provide wise counsel to rookies and executive alike, and have had a proven track record as earnest mentors. In-person communication or an effective telephonic conversation is second nature to them. The inventions of the digital age were ushered in much later in their careers than in case of the following generations, having them get used to entirely new ways of working. 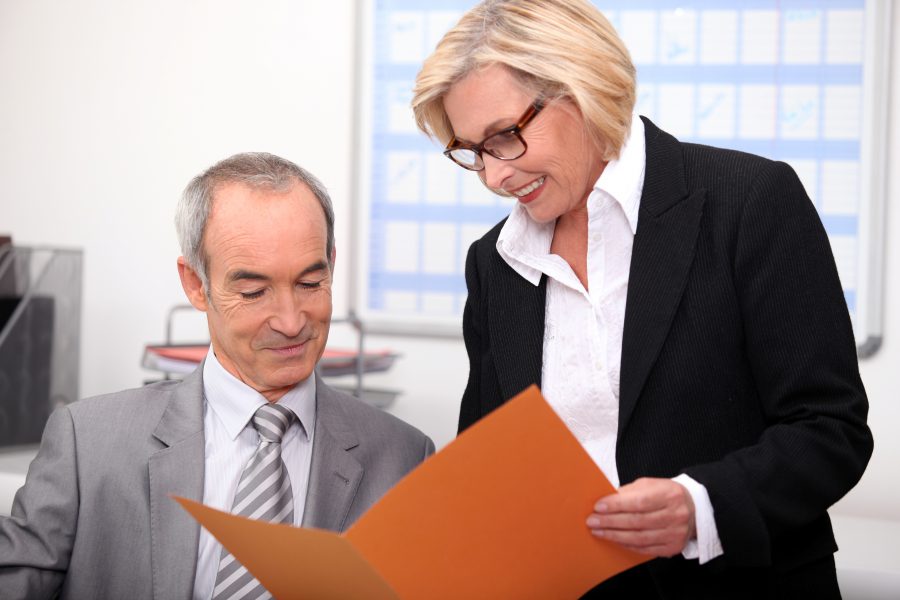 Generation X, the children of the ‘60s and ‘70s are also known as “digital immigrants”. They met the great inventions of the digital age as teenagers or adults. They tended to greet new technology with openness and enthusiasm. This means that they are comfortable with online communication (which is primarily e-mail in their case in a business environment) and the more traditional phone conversation as well, but they prefer personal communication, whenever possible. Internet might play an important role in their life, but it is rarely a must.
​
Career is important to them but they try to keep a good balance between work and private life. Generally, they are a determined, independent and focused generation. The subject of their loyalty is their profession, not necessarily the company. They are patient with the wait for results, they pay more attention to details and they are better at focusing on one task at a time than the following generations. Time management is also their strength and they look for the best, not the quickest solution.

People born between 1980 and 1995 grew up with computers. They are Generation Y or the Millennials, who use digital technology as a natural skill. Accordingly, they tend to prefer online communication over phone calls.

​They truly believe in the concept of lifelong learning. They often have multiple qualifications and degrees, and they perceive well-structured workplace trainings as a prize rather than a must. They value freedom and flexibility in a working environment, yet, they crave for mentoring and feedback.

​Members of Generation Z – also known as the “digital natives” – were born between 1996 and 2007. They are the children of the digital age: surrounded by computers, smartphones, IPads, and internet since their first day of life. They use the available technology without any difficulty, this is not a skill but a basic function for them. They aren’t too bashful about using informal online interfaces – like casual social media sites – to collect information or to discuss even business topics.

Despite their adeptness at using communication tools, surveys show that communication in general is not the primary strength of this generation. Zs are rather bold, prone to quick decision making, especially strong at multitasking – but not so much at time management. Focus, precision, and patience can’t be listed as their typical forte. Similar to Generation Y, Generation Z thinks that constant feedback on their work and performance is essential, they often esteem teamwork. 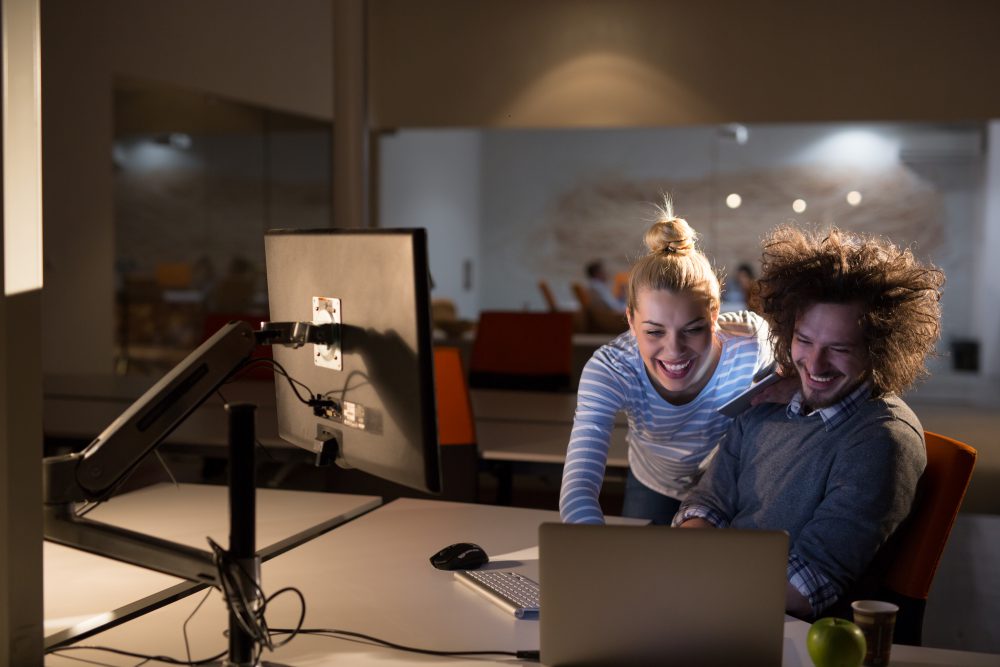 Even our quick introduction reflects that there are significant differences between the worldview and workstyle of generations. Many fear that these differences cause friction within a working team. Is it worth taking the risk to integrate new generations to the workplace as soon as possible?

We don’t need to wonder further than demographic data to see the answer clearly: definitely yes. Following the natural circle of life, older generations leave their active working phase behind, and the gap needs to be filled with the members of younger generations. The pace of the shift indeed matters.

According to JobsPikr’s estimations, Millennials will have a 75% share of the US job market within 5 years. We charted the tendencies in progress in a bit more detail based on the Hungarian job market thanks to the Hungarian Central Statistical Office (KSH).

Presently there are four active generations participating in the world of work: Baby Boomers and the generations marked with Latin letters: X, Y, and Z. Based on KSH’s statistics, more than half of the actively working (55%) was a member of Generation X in 2016. Ys gained a bigger (28%) share than Baby Boomers, who were represented only with 16%. Members of Generation Z – with maximum age of 20 – barely appeared among the actively working.

Based on the past ten years statistics on the age of actively working, we predicted the changes expectable in the near future. One of the most noticeable difference is the Baby Boomers’ almost complete disappearance from the job market: by 2020 only the 4% of active workers will belong to this generation, by 2025 this number will shrink to 1%.

In 2020, Generation X will still rule the job market (as a bit less than half of all actively working), but Generation Y will closely follow, and take the lead by 2025. Generation Z also needs to be accounted for: by 2020, Zs will outnumber Baby Boomers in the world of work, by 2025, they will reach the significant share of 17%.

It is easy to see that the new generations cannot be avoided even in the short run even if we fear the conflicts that may rise due to the generation gap. But do we actually need to fear it?

To sum up Dr. Dolli Mester’s take on the subject at Personal Hungary, we need to be prepared to experience some friction within the working space. Baby Boomers, who believe in traditional hierarchy more than the younger ones, or even the members of Generation X may be startled by the bluntness of Generation Y and Z. According to the expert, tension often originates from the fact that the new generations dare to ask for conditions that the other generations might have desired but didn’t request, especially as fresh employees. Also, Generation Y and Z are not always enthusiastic about the often inflexible working hours that the more experienced colleagues already adopted.

Still, the whole presentation boiled down to one significant conclusion: the outcome primarily depends on the viewpoint. With a positive attitude, members of different generations can not only understand, but complement and help each other in numerous ways.

If a company wants to have the best of human resources, it is worth recruiting employees from multiple age groups. This way, the potential in each generation adds up to the collective strength of the team. If an open and supportive work environment is created, employees with different background can help each other grow together.

Baby Boomers and Xs are perfect mentors for Generation Y and Z, who are craving for feedback and constant learning. Putting their patience and excellent communication skills into good use, Baby Boomers and members of Gen X can pass down their stable professional knowledge and the real tricks of business to the younger generations. They can create a supportive and protective atmosphere where Generation Y and Z can really bloom.

As far as technology is concerned, the “digital natives” can be a real asset to the team. With more and more workflows automatized or at least software assisted, the leading position of a company can hinge upon their utilization of available technology. Generation Y and Z – being surrounded by programs and internet from an early age – learn to use new solutions with ease, they naturally click through the functions, and even discover hidden potentials in the available tools. It might happen that they will help the more experienced colleagues when the company decides on adopting a cutting-edge tool.

Besides, the younger generations, who value creative thinking above many qualities, may bring innovative ideas to the team. As they are less devoted to company hierarchy, they are more likely to dare to share their opinion even on their very first day at work. It usually requires the support of a whole team to take an idea to solution, though. During the actualization, the team can benefit from the Baby Boomer’s professional knowledge and precision and from Generation X’s critical thinking and communication skills. If all goes well, the generation who voted for lifelong learning will pick up the skillset and tactics necessary for execution during the process.

What Does It Mean for Recruiters?

More than 28% of the active workers are from Generation Y, and their share on the job market grows each year. To avoid the scarcity of applicants, and to be able to choose from the best candidates, recruiters must be prepared to address the Ys. Additionally, many innovative companies want to specifically target younger generations and integrate them to the team even as freshmen to enable the learning process that arches through generations. Consequently, top recruiters must be able to discover the top talents of generation Y and Z and attract their attention.

Share your development goals with us. And we will discuss with you how to reach them.

Our policy is simple: We don't know who you are, unless you tell us yourself by writing to us! We do not auto-collect personally identifiable information. There are no ads, targeted content, or tracking of accounts (like Facebook, etc.) that you may have already signed into on this browser. We use one cookie for the proper working of this website, one to track traffic (anonymously), two to embed videos and maps, and one to store your cookie consent. You accept the usage of these cookies by hitting the “I agree” button. We urge you to visit our Cookie Policy and Notice for details and to customize your cookie settings. I agree
Go to Top